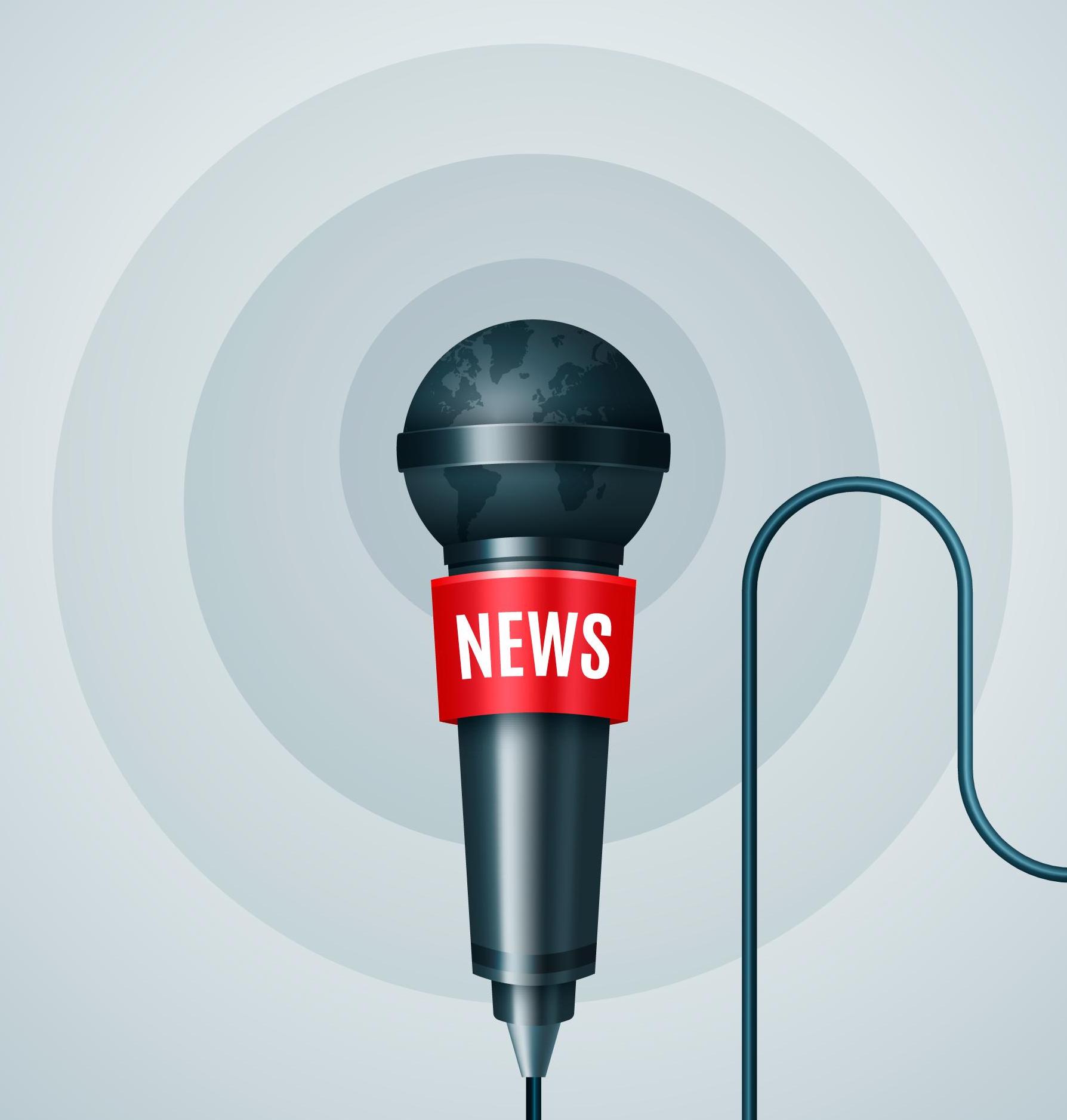 It should have been a good story, a remarkable one even, a woman giving birth to a world record number of babies and they all survived. Instead, like the smell of fried fish, it clings, sullying more than just the media concerned. Some have said the story is indicative of the poor quality of our media generally. Chris Roper has offered a quality response to them. Some might wonder what the big fuss is all about, there are bigger stories, where media have got things hopelessly wrong, and we don’t see the same kerfuffle. This week we look at why we think the story is important, and what it tells us that is useful in the fight against disinformation.

Let’s look at the first story and why people might have been sceptical.  First, the story was pretty scant on actual detail, given that it had been given to Independent weeks beforehand, and some of the key questions that should have been asked, and answered, weren’t. The first story, accessed both the mother (Sithole) and father (Tsotetsi). They provided the majority of the direct quotes and information. The only other person accessed was Professor Dini Mawela, the deputy head of the school of medicine at the Sefako Makgatho Health Sciences University.

The professor was able to offer some explanation as to how so many children could have been conceived, and she also noted how they would have been delivered prematurely. That the infants were delivered early was confirmed by Tsotetsi in the story (“she was seven months and seven days pregnant”). The story also confirms that the infants were delivered by Caesarean section. The mother and doctors had prepared for eight infants, not 10.

Already an exceptional event, the question should surely have been what steps and plans the doctors had put in place for such an extraordinary event? The birth of one child is usually attended by a team of doctors and nurses in a hospital, especially for a Caesarean. For eight babies, and with the potential for something going wrong being high, there would surely have had to be an even bigger team. To have delivered them therefore must have required an extensive team and planning.

The author of the piece had known about the story for weeks before the birth, so why had he not asked questions about the plans, the teams, and preparations? Clearly some thought must have been given to the story, as evidenced by references to the Guinness Book of Records. But why were none of the doctors or nurses involved used as sources? Even if anonymously? Instead, the reader is left wondering, with only the word of the father, who hadn’t seen the birth, to claim that 10 babies had in fact been born.

There may well be some justification for not wishing to show the faces of all 10 infants for privacy reasons, but perhaps an image of 10 incubators, or 10 bottles lined up for feeding, or in fact any photographic evidence to support the birth. Instead, readers are expected to simply take the word of the father, who wasn’t even present at their birth. Why wasn’t he present? Was he denied access for Covid reasons? Any legitimate query is left hanging.

And yet it really doesn’t have to be this way. Every week (for the last 15 years) the team at MMA gathers to analyse media reporting on children for the MADOAT Project. Each week the team reviews the media we monitor and present for discussion MADs and GLADs. MADs are stories where the media have got something terribly wrong when reporting on children. They might, for example, have indirectly identified a child who has been abused, or acted in a manner that is clearly not in the best interest of the child. At the same time we also look to see if there are any examples of how media have reported well on children (GLADs), where media have done something different or shown a clear understanding of the rights of the child, or where they have sought to give children a voice.

Over the last few months, we selected Independent media for GLADs, where they have not only sourced children but they have acted in a manner that respects children’s rights (see a few examples here). The GLADs highlight good reporting on children, yet in the current instance, despite mentions of the privacy of the mother, and cultural sensitivity, there seems to be scant regard for the rights of the children. Clearly they cannot speak, but they do have a right to dignity, to be recognised as individual infants with their own rights. In the story they are just a number disaggregated by sex, and we know nothing of their health or general wellbeing.

As we know, the story, instead of being cleared up, has become more complex and fantastical with one of the most recent articles only quoting Independent Media sources, and indirectly referring to other sources. Instead of clarity, Independent has offered their audiences allegations of cover-ups.

Why does all this matter? It matters because it undermines the most valuable resource a media entity has, its credibility. It matters because unlike a political conspiracy theory story, which is far easier to dismiss as just a conspiracy, in the current instance there should be ample proof of the events, from the doctors and hospital staff to the behind-the-scenes employees who played their part. But to date there is no clarity from Independent Media as to the birth of the 10 infants. We have stories of cover-ups, of the mother being arrested, and most recently of a picket. Instead of knowing more, we are left knowing less, and still with no answer to any of the questions from the first story.

Was it a hoax? Were the infants delivered? Were there 10, or another number? Where were they born? Why was the mother arrested? When there is such a spectacular cognitive dissonance it raises the question as to whether anything the media tells us can be trusted at all. The breach is so great that it implicates other media. If a media house (already with a massive credibility problem, to be clear) can either deceive us knowingly or unknowingly, what’s to say any other media can be trusted?

Trust is a precious thing, hard to earn, easy to lose and very difficult to regain. In an era where we have voices and messages telling us that vaccines are sent by the devil or that those who promote them are endorsing a holocaust, we rely on credible news media to tell us what’s going on, to give us accurate, up-to-date information that cuts through government and corporate spin, political party agendas, and dodgy lobbyists, to give us information we can use to act and make decisions on. If we get to a point where we simply no longer believe even a basic story about something that can and should be easy to verify, how can we be expected to trust media on difficult and nuanced issues?

Of course we know that there are credible media and journalists who literally risk their lives to report and inform us of what’s going on every day. From the SABC to small commercial media in towns and rural places, from big commercial entities to small independent online media. Thanks to them we know what’s happening with the Covid-19 pandemic, and the vaccines roll-out, for example. We are not yet at a place where we have no trust in our media, but each time we see a story like the “Tembisa 10”, it doesn’t just deeply undermine the credibility of the media responsible, it makes the job of those who are working to build and protect our democracy that much harder. With so much disinformation already undermining them, what we need is greater attention to good journalism basics, accountability, and action.

So, our advice. Be sceptical of what you read and ask the obvious questions. If they aren’t answered, it might just be bad journalism, or it might be an effort to confuse and deceive. Then, if the media you consume stuffs up, demand action. Demand to know what they are going to do to fix the stuff-up. If they ignore you, or deny it, or belittle you for pointing out their failures, or use whataboutery, accept that they are not to be trusted and move on.

If, however, you suspect the content you come across could potentially be disinformation, there is something you can do about it. Remember, if you come across content on social media that could potentially be hate speech, incitement, harassment, or disinformation, you can report it to Real411. To make it even more simple, download the Real411 mobile app. Again, we take this chance to also remind you: We are approaching that magical period where political parties need to show us that they care, so in addition to asking about what they will do in your area, ask them to issue one public statement a month in the lead-up to elections that highlights and condemns any attacks on our journalists AND then to demonstrate what action they took to help combat that. If they are edgy or push some other bullshit agenda, don’t vote for them because they don’t believe in democracy.

William Bird is director of Media Monitoring Africa (MMA) and Thandi Smith heads the Policy & Quality Programme at MMA, a partner in the 411 platform to counter disinformation.